The ROLLING STONES STEAK And CHIANTI ?


The Perfect Newport Steak? What? I make it. Not everyone can. Number 1, you have to start with a Great Steak, a Newport Steak. A Steak not known to many. Well if you're fortunate to live in New York's Greenwich Village, you might know about them. Then again, you might not, cause just because you live in The Village, doesn't mean you know of this little thing of wonder, The Newport Steak. The Newport Steak is a thing of wonder, especially if you love Steak but don't want to shell out about $19.00 a piece or more to get one. That's uncooked from the butcher, a nice Prime Sirloin Steak that is. Now a Newport Steak on the other hand will cost you about $7.50 on the average, or roughly 2 1/2 times less than a Sirloin, and you do not give up on taste or quality. It's just as good. Maybe better.
It is said that The Newport Steak was created by Jack Ubaldi, an Italian immigrant who owned a Butcher Shop in New York's heavily Italian Greenwich Village some time around 1947. The Newport Steak is actually most commonly known as Tri-Tip Steak and comes from the Bottom Sirloin portion of a cow. The Tri Tip is not well known nor much in demand. Well not among the masses, but we "Smart Ones" know better. We always get equal or better quality of anything, but always pay less. Thus the case of a Tri-Tip or if as we call it in New York's Greenwich Village "The Newport Steak" In California, Californians know it as The Santa Maria Steak. 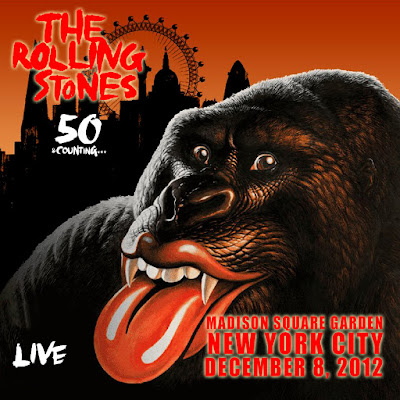 Anyway, Mr. Ubaldi, wanted to sell this lesser known cut to his customers, but didn't want to sell it as Tri-Tip, he wanted a catchier name. A name that would help sell this wonderful little steak, that was oh so tasty and cost far less than Sirloin, T-Bone, Porter House or Rib Steaks. He wanted a name that in the name itself would sell the steak. One day jack Ubaldi was looking at a pack of Newport Cigarettes and noticed that the logo of Newports was more or less the same shape of the Tri Tip Steaks that he cut. Right then and there Jack Ubaldi named his cut of Tri Tip
"The Newport Steak" the name caught on and they've been selling Newport Steaks at Florence Meat Market on Jones Street in Greenwich Village ever since. They're are a couple other spots in the area where you can get a Newport Steak. Ottomanelli's down the block at Bleecker and Joes Streets sells them, as well as Pino's Prime Meats on Sullivan Street, and is a place where I often pick up a Newport Steak or two, along with ones from the original Florence Meat Market.
Well, I picked up a couple the other night and cooked them for me and a friend. As usual, they came out perfectly. We had a Couple good bottles of wine as well, in a nice bottle of Villa Sesta Chianti and a fine Bordeaux. And if that wasn't good enough, and don't you think it should have been? We listened to The Rolling Stones while I cooked those "Tasty Steaks" some Roast Potatoes and Carrots. Those steaks, yes they were Perfect. Not many people can cook a Steak as Good as Me, "No Brag Just Fact." Yes it's Fact, I can cook a Steak Better than anyone of ever met or eaten a steak cooked by another, and that includes Steaks I've had at Sparks Steak House, Peter Luger and other places renowned for their steaks. If you knew me, you'd know I'm telling the truth. Ask anyone who has ever eaten a Steak that I've cook, "They tell you."

Any way, yes the Steaks were perfect. My mouth is watering now just thinking about them. Dam, I tell you, Those Newport Steaks were "So Dam Good" they were practically "Orgasmic" I kid you not. Ask my Pal Chris, or my Buddies Raoul or Jimmy S, they'll tell you. So we had The Perfect Steak, drank Chianti, and listened to The World's Greatest Rock Band of All-Time "The Rolling Stones." And yes Boys and Girls, Ladies and Gentlemen, "Sometimes Life Can Be Blissful." Yes It Can. 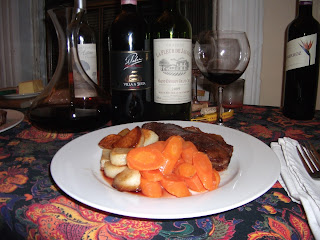 Posted by xpicassox at 9:31 AM

Email ThisBlogThis!Share to TwitterShare to FacebookShare to Pinterest
Labels: THE PERFECT STEAK, The rolling Stones and The Perfect Newport Steak plus a Bottle of CHIANTI, The Rolling Stones Chianti and A Perfectly Cooked Newport Steak a Match Made in HEAVEN 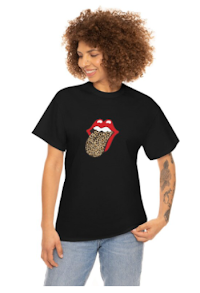 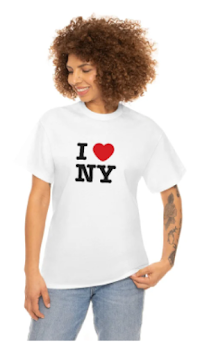