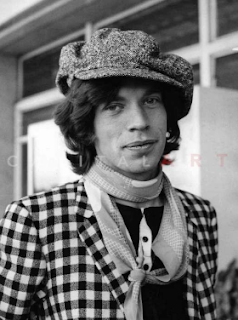 Mick Jagger has successfully undergone what is being described as a "minimally invasive" heart valve replacement procedure.The Rolling Stones frontman is reportedly resting at an unspecified New York CIty hospital. According to Billboard, Jagger was given a transcatheter aortic valve replacement (TAVR). By using this procedure, doctors were able to repair the heart valve using a catheter that accesses a major artery without opening the chest.
This will allow Jagger to recover much faster than he would be able to do after a more conventional and invasive procedure. Assuming there are no post-surgery complications, the singer could be released from the hospital within a few days.
The Stones postponed their scheduled No Filter tour in order to give the 75-year-old singer time to recover. Rescheduled dates have not yet been announced, although Billboard notes that the shows are now expected to take place starting in July, with details arriving "in the coming weeks."
News of Jagger’s health issues first broke on March 30. "Unfortunately today the Rolling Stones have had to announce the postponement of their upcoming U.S. / Canada tour dates," the band confirmed in a prepared statement. "We apologize for any inconvenience this causes those who have tickets to shows but wish to reassure fans to hold onto these existing tickets, as they will be valid for the rescheduled dates, which will be announced shortly."
"Mick has been advised by doctors that he cannot go on tour at this time, as he needs medical treatment. The doctors have advised Mick that he is expected to make a complete recovery so that he can get back on stage as soon as possible."
Jagger expressed disappointment at having to postpone the dates, saying he was "so sorry to all our fans in America & Canada with tickets. I really hate letting you down like this. I’m devastated for having to postpone the tour but I will be working very hard to be back on the road as soon as I can. Once again, huge apologies to everyone.”
The singer has always taken his health seriously, especially in his elder years. According to The Sun, Jagger maintains a healthy, organic diet, jogs up to eight miles a day and also participates in activities like cycling, yoga and meditation. The septuagenarian credits his healthy lifestyle for enabling him to continue touring and performing at a high level. 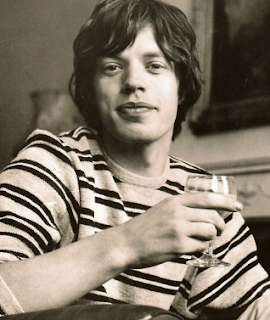 The MICKSTER
"GET WELL SOON"
GOD BLESS
From Your MILLIONS of LOYAL FANS
We LOVE Ya MICK !!!

Mick Jagger 's message to his MILLIONS of LOYAL Fans on Instagram
.
.
Posted by xpicassox at 5:51 PM

Email ThisBlogThis!Share to TwitterShare to FacebookShare to Pinterest
Labels: MICK JAGGERS MILLIONS of LOYAL FANS are SAYING PRAYERS For MICK JAGGER and a SPEEDY RECOVERY from HEART SURGERY in NEW YORK ROLLING STONES